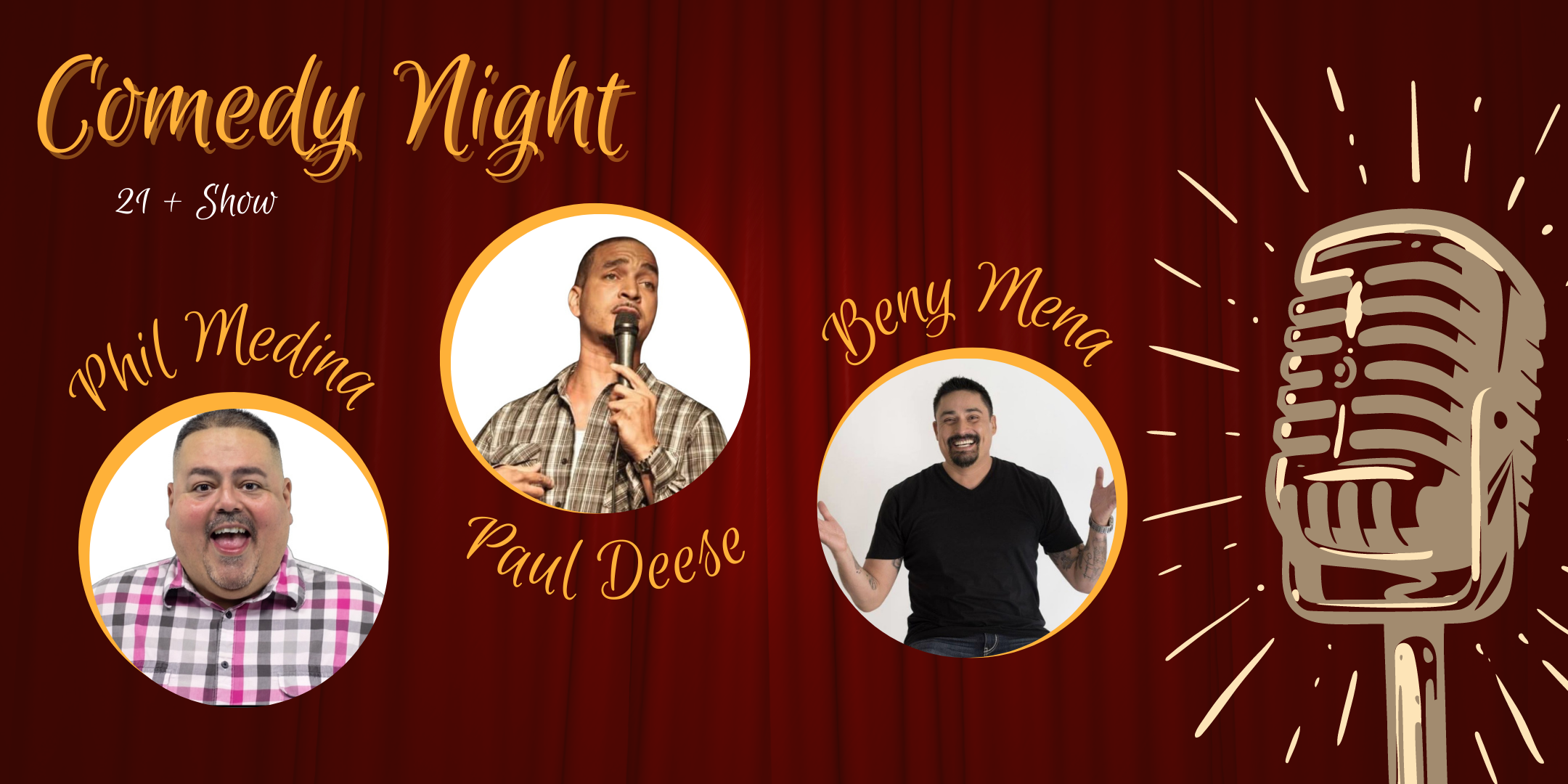 Presented By The Siren El Chorro

Join us at the Siren El Chorro, for some of the best laughs you will ever have!

We are welcoming back Phil Medina, who will be our host for the evening. Following Phil, we will welcome Beny Mena and Paul Deese.

Beny decided to put those natural talents to good use and began his comedy career in 1999. With his quick wit, and crowd pleasing comedy style. Beny quickly moved up the comedy ranks. His comedy credits include the Latino Laugh Festival, Playboy TV, Cholo Comedy Slam DVD, he came in 3rd place at the Shades of Laughs Comedy Competition. He is also an International comic that has performed in Mexico City and Tijuana, Mexico in Spanish and English. Beny has shared the stage with comedy legends such as Russell Peters, Paul Rodriguez, Dave Chappelle and more. Paul Deese has been a comedian for the last 20 years making appearances on television shows such as HBO DEF comedy jam, BET comic view and Que locos. Paul’s unique style of stand-up comedy has made him a favorite with comedy clubs all across the country. Paul Deese has worked with legendary comedians such as Tommy Davidson, Sinbad, DL Huguely, Steve Harvey and George Lopez. Paul currently performs all over the country with his unique take on growing up, being married and being a father. Paul Deese is a can’t miss, if you see him in your hometown make sure you buy your tickets as he is a fan favorite in every city he performs in.